Good enough for you to say ‘Namaste in for dinner tonight’, these vegetable based bowls are bursting with nutrition, and make for a terrific ‘throw together’ meal when you’re short on time. They have the added benefit of being largely plant-based (see note below) and contribute significantly towards reaching your required 5+ servings of vegetables of day.

When constructing the ultimate buddha bowl, try to experiment with textures and tastes (refer to my The Secret to Sexy Salads!) and remember, the greater variety of colours, the better your micronutrient profile.

Note some of these bowls are vegetarian rather than vegan, but most have a vegan alternative. The bowl in the picture above is an amazing example of a vegan ‘meatball’ bowl by Soul Bistro in Copenhagen. 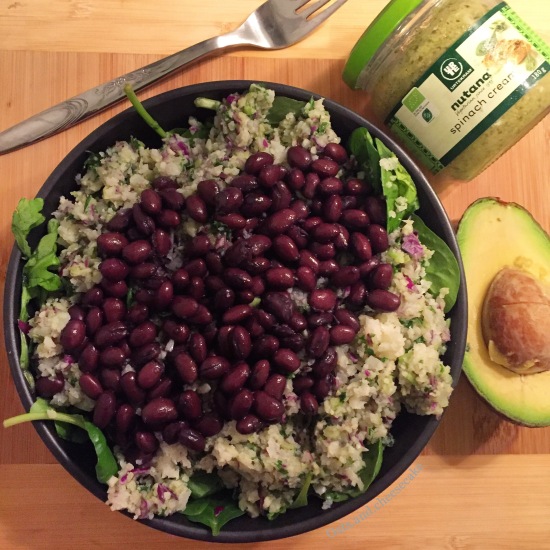 Za’atar is a Middle Eastern spice blend including sesame seeds, thyme and sumac. Some versions also include marjoram, oregano and sea salt, while I’ve seen others throw in fenugreek and coriander seeds. To make this version above, use 1 tsp each of dried thyme and sumac with 2 tsp of toasted sesame seeds.

Roast 1/4 kent pumpkin with 1 tbsp za’atar and 2 tsp cumin, then toss with 1/4 small roasted cauliflower, a handful of rocket and spinach, a sprinkle of pomegranate seeds, 75g Bulgarian feta cheese and a drizzle of pumpkin seed oil. Substitute the feta cheese for cashew cheese in the same quantity for a vegan version.

Bean Supreme black bean burger pattie (but any vegetarian pattie will do!), with roasted pumpkin, zucchini and kale, fresh tomato, carrot and cumcumber, and a side of hummus. 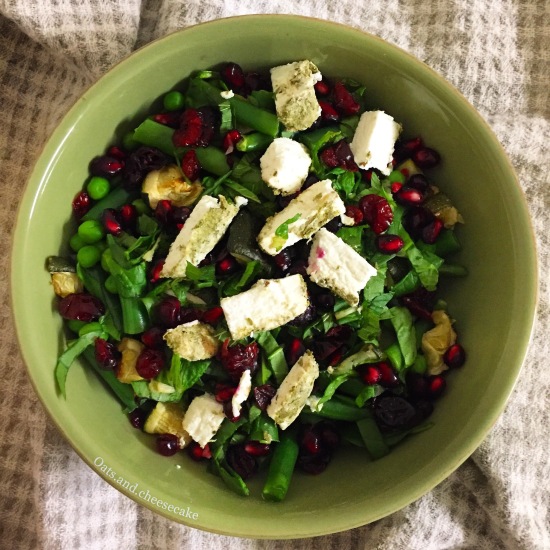 Mix 1/3 can of drained black eyed beans with baby spinach, 50g of feta cheese, 1/4 cup of sundried tomatoes (herbed, in oil) and 1/4 cup of buckwheat groats (cooked or raw). Substitute 50g of cashew cheese instead of feta for a vegan option.