One of the easiest breakfast ideas currently making its way through the fridges of healthy foodies around the world, chia pudding consists of chia seeds soaked in a milk of your choosing.

The humble chia seed is both high in protein and omega-3, as well as low in carbohydrate, making it a filling breakfast option as well as a great alternative to cereal for those who follow a coeliac or low gluten diet. 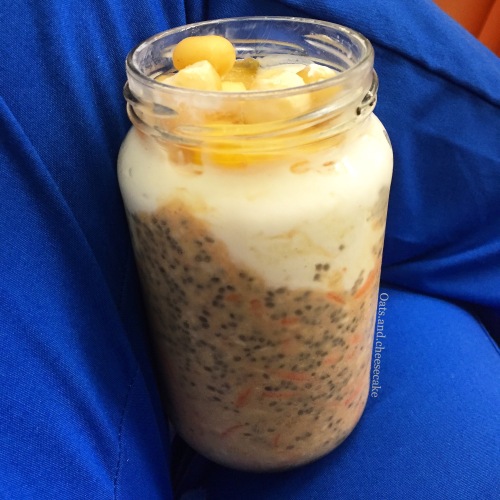 Make the basic chia pudding recipe using soy milk. Add 1 tablespoon of Mayver’s Fine Foods almond, cacao and coconut spread and top with mixed berries. If you don’t have access to the spread, instead just use 1 teaspoon of raw cacao or cocoa powder.